It is great to doing business with companies that focus on giving the customer an awesome satisfaction! Below are experiences in as a customer at best america eyeglasses… The question is america best eyeglasses scam or legit?

I’ve had to wear glasses since the age of 8. Now at the age of 36 I’m pretty use to the fact that eyeglasses are not cheap and I’m ok with that as long as I’m getting my money’s worth.

I’ve been to America’s Best twice now and believe me when I say I WILL NOT EVER go back. The first time I went I got 2 pair of glasses and LOVED one pair and HATED the other. I wore the pair that I loved all the time and kept the other pair in a case. I started to notice a slight….crackle in the lenses of the pair that I was wearing.

I say crackle because I really don’t know how else to explain it. It’s like I was getting scratches on the INSIDE of the lenses. I knew these weren’t actually scratches because I always take very good care of my glasses because I’m honestly quite blind without them. Well, the crackle got worse and worse on the right lens, then for some reason the left one started to do it to.

Not being able to stand it anymore I started wearing the other pair.

The time came for me to get new glasses, so I decided to go back to America’s Best because I needed INEXPENSIVE glasses at the time and felt that I’d be able to get 2 pair for the same price I’d pay for one at alot of other places. The customer service I received was ok I guess. I did inform the tech/cust service rep/sales person about the pair I’d had that started to crackle.

I even showed them to her. I was then told that due to the scratch resistant lenses I’d opted for, they’d started to crackle because when I cleaned my glasses I was rubbing off the scratch resistant overlay. Ummm, ok. But not being a professional on these matters I figured that maybe that could be true.

So I went through the exam, picked out my frames and paid the 300$ freeking dollars they charged me. Keep in mind I got NO SCRATCH RESIST ANYTHING this time on EITHER of the pair of glasses. Fast forward 7 months later and OMG, these glasses are doing the SAME THING the others did. CRACKLING and looking HORRIBLE!!

sigh…needless to say I will NEVER go back to these people again. It’s just not worth it in the end. 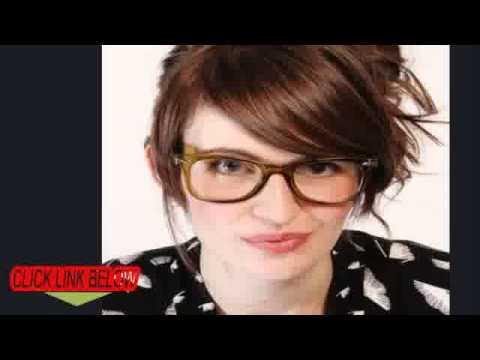 I’d rather pay 300$ for a pair of glasses that will last longer than 7 months than to keep paying these idiots for glasses that start to crackle and mess up and for them to LIE to me about WHY THEY ARE DOING IT.I wonder what the excuse would be this time considering I didn’t get the scratch resist on these……I guess I’ll never know.

My husband and I went to Americas Best for an eye examination with the understanding that we would pay for the eye exam prescription and get eyeglasses for $69.95 as per advertisement.After the eye exam was done they totaled up our exam and expected us to pay over $300.00 for one pair of eyeglasses.

We were so floored that we probably won’t even mention this to anyone else, not out of embarrassment but it is not even worth having a conversation with anyone about it.Good luck who ever get their eye exam here!

Went to Americas Best on Forrest Dr in Columbia SC on 12/21/15 had eye exam and super insurance and they were in network provider, eye exam was good, however when you go back upfront to order frames and lenses is when the trouble starts, exam was suppose to be totally covered with no copay, frames and lenses if bought together was a 10.00 copay for regular lenses including bifocals and trifocals, after picking out frames and telling her that I only wanted the plastic bifocal lenses.

They tried to charge me full price for everything, after about 10 times explaining to the lady that was helping me that she was wrong she finally said she had it right (wrong), she still charged me 16.00 and change and I paid it because I was tired of explaining, I was called on 12/28/15 and told glasses were ready, got there to pick up glasses and they had not put in the lined bifocals or any bifocals, was told I did not ask for the bifocals, which I did and the prescription called for bifocals.
It would cost me more for bifocals, (wrong), I had even took the insurance form in to show them benefits and copays on the first visit and I still had to tell the *** lady about 10 times she was wrong, after going ballistic in the store the manager finally said she would send them back and have the bifocals added but they would not be back until after Jan.1st.

These people need to be investigated for fraud, false advertising, and double billing.They need to be shut down and fined.

Benefits of Saw Palmetto for for the Prostate Health, Hair Loss,...

Best Libido Booster for Men – Ultimate Guide for Men Over...

Copyright © 2022 - About US and How Easy Body Fit Works EasybodyFit.com is a product review website which aims to introduce some much-needed honesty and transparency to the world of online reviews. At EasybodyFit.com, visitors will find detailed reviews of popular products currently available online. Those products come from categories like nutritional supplements, financial products, and online business ideas. Learn More:

© Copyright 2022- About US and How Easy Body Fit Works EasybodyFit.com